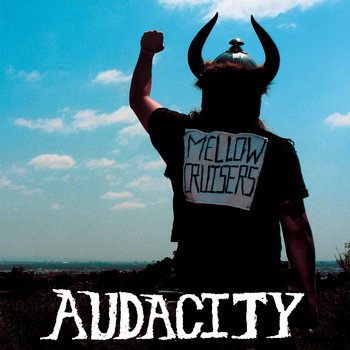 The AUDACITY – MELLOW CRUISERS LP is finally up for pre-order after a set of rejected testpressings caused some delay. Shipping will start around October 15. Maybe earlier, fingers crossed. The band is still on tour in Europe, make sure to catch them play if you can!

“The Fullerton quartet Audacity could have been just another semi-anonymous pop-punk bunch, if only it had put a little less creativity into the music on its second album. Instead, the band attacks its rough-hewn but unshakably melodic songs from a variety of angles while always retaining its anarchic spirit throughout the album’s too-short 29 minutes.”

This record was originally released by RECESS RECORDS and BURGER RECORDS in the USA.

This entry was posted in Uncategorized and tagged AUDACITY, RECESS RECORDS. Bookmark the permalink.